PNoy is not excuse from Dengvaxia, says Ejercito

February 09, 2018 Like this
Former President Noynoy Aquino is not off the hook from the Dengvaxia controversy, as he may be among those who could be charged for the dengue vaccination program according to Senator JV Ejercito. 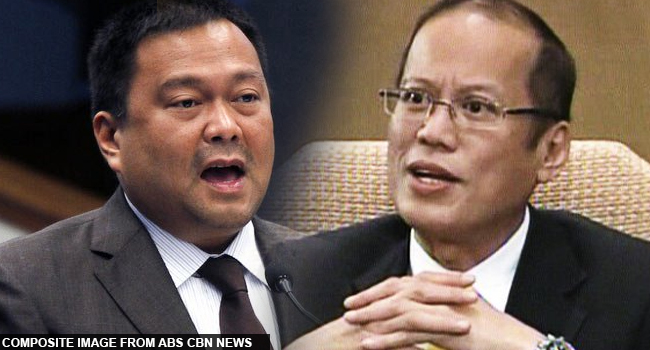 The senator said while Aquino may have exercised good faith in deciding to purchase millions of units of the Dengvaxia vaccine, he may still have to answer for his use of government savings for its procurement.

“I personally think that he acted in good faith considering that he assumed that due diligence were done already kaya lang that doesn’t spare you pa rin. Ang talagang ano ko dun is ‘yung use of the savings eh, too big. P3.5 billion is too big an amount for it not to have congressional approval," he added.

During the Senate probe in December 2017, Aquino emphasized that he chose to use government savings from 2015  that were set to expire by the end of that year as no funds have been allotted for the purchase of Dengvaxia as it has not yet been included in the Philippine National Drug Formulary at the time.

On the other hand, the release of funding for the vaccine was criticized that it was allegedly released faster than the usual.

However, Ejercito said the government officials need to answer the procurement of Dengvaxia since the manufacturer Sanofi Pasteur revealed the serious side effect of the vaccine especially among those who are not yet infected with dengue.

“If you will based it on the timeline talagang na-establish that the procurement was done in haste. Those responsible should be made responsible in order for us to also get back the confidence on the DOH (Department of Health) and other government agencies,” Ejercito said.