February 02, 2018 Like this
Nearly two years after the 2016 elections, the electoral protest of former Senator Ferdinand "Bongbong" Marcos Jr. is still on the process of getting recount. 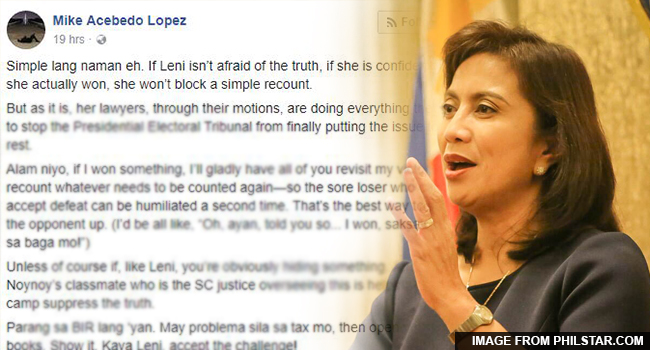 In connection, a netizen gave his comment about this point out that if Vice President Leni Robredo is not hiding anything, her counsel should not block a simple recount.

Mike Acebedo Lopez in his social media account on Facebook said the camp of Robredo is doing everything they can to stop the Presidential Electoral Tribunal from finally putting the issue to rest.

"Alam niyo, if I won something, I'll gladly have all of you revisit my victory, recount whatever needs to be counted again, so the sore loser who can't accept defeat can be humiliated a second time. That's the best way to shut the opponent up," as read in Lopez' post.

He also said that the current SC justice is a friend of ex Pres Noynoy Aquino is helping Robredo's camp to suppress the truth.

Further, he likened the case of Leni to the Bureau of Internal Revenue.

As to this writing, Mike's post has already generated 1900 reactions from netizens. 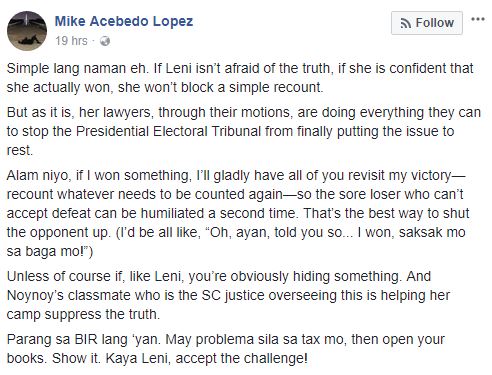